One of the highlights of Astronomy (for me) in 2021 was the so-called Annular Eclipse of the Sun on Thursday June 10th 2021. It was only partial for us in Europe, but still exciting!

I was eager to capture the full event from start to end, so I set up the equipment 2 days before to test

It was good to dry test as I was able to address some issues.

What WAS the setup?

Wednesday evening I needed to ensure that I will be able to activate the setup quickly in a small meeting break that I had. It was a challenge, but I managed….just being 1 minute late for the start (argh…..).

I then let the interval timer take photos on the Telescope (EOS 5D) every 10 seconds to get a sequence of photos for a later animation.

Pretty much. I took plenty of photos, even the videos on Camera two have some time ranges where it worked okay, but…at the maximum of eclipse, some clouds blocked the view! a fewn minutes later I managed some photos thru clouds but it was still a but upsetting.

In general, the alignment (orientation of the tripods towards exact north) was not perfect so the sun moved out of the screen every 15 minutes or so,  despite tracking and single object alignment.

It was still fun todo and I will share the animation as soon I have generated it….I have – check out the right side!! – here a video, below (download) 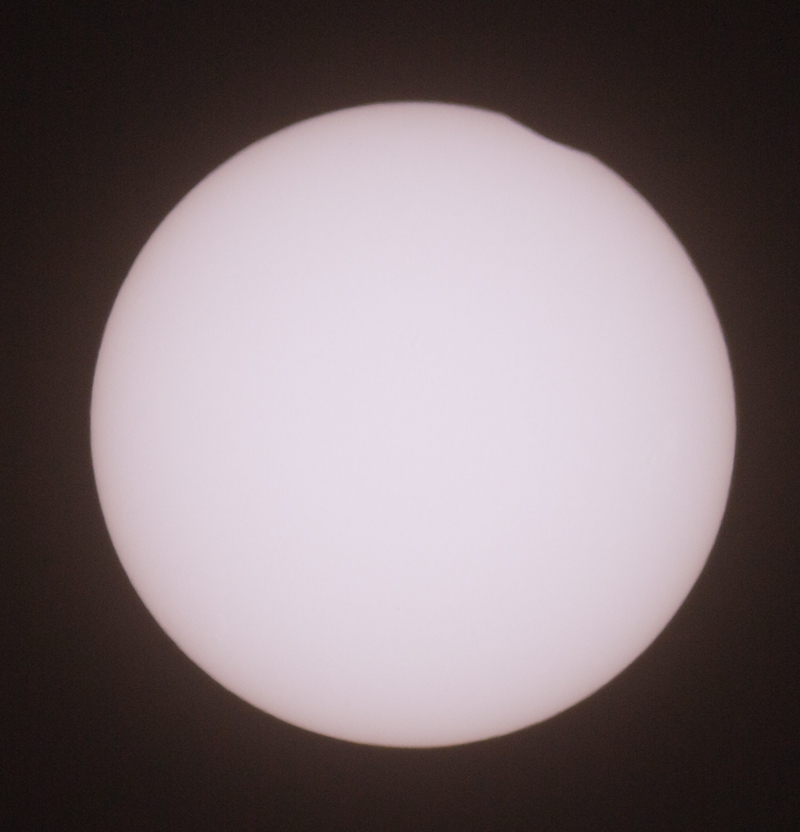 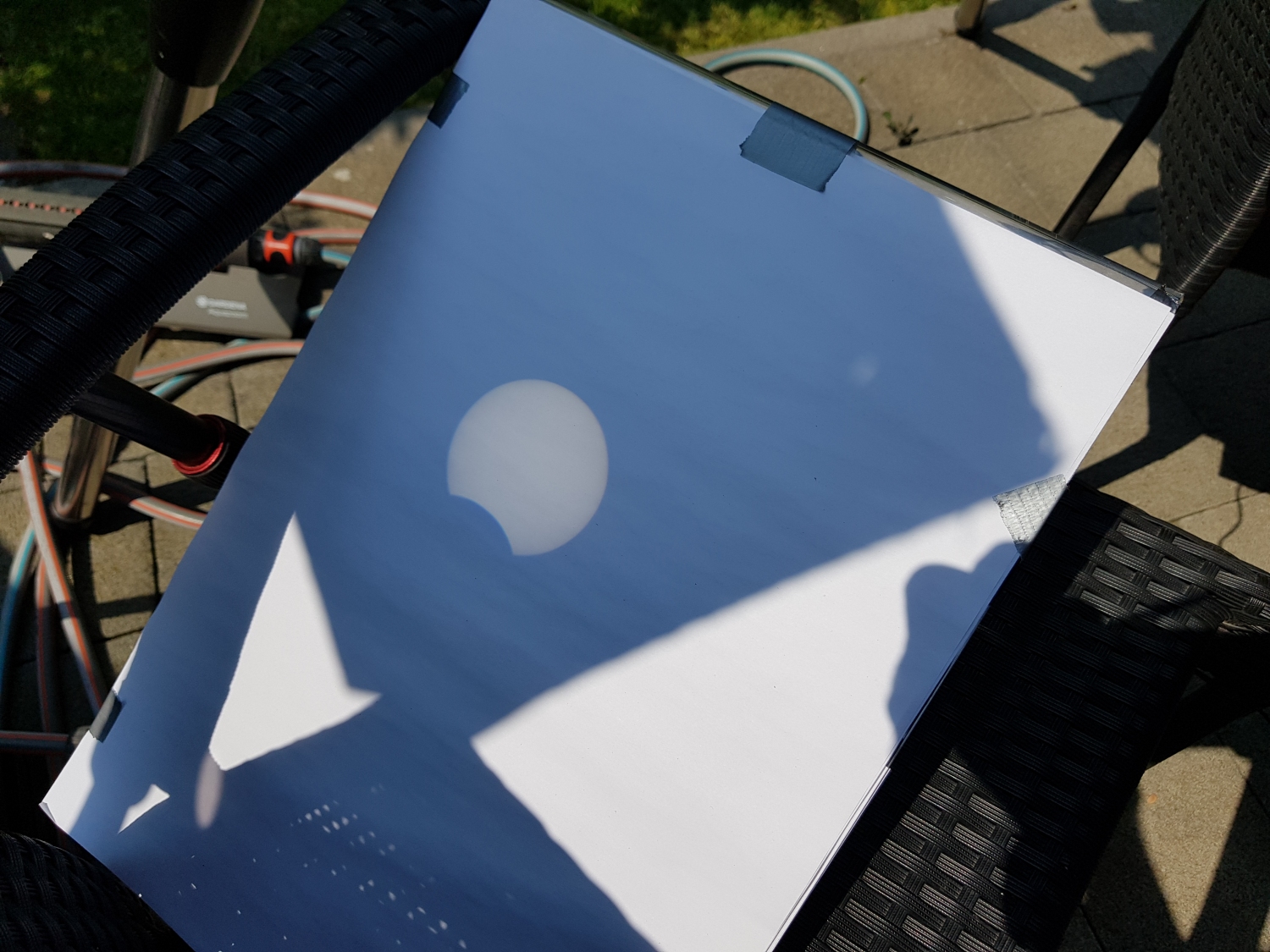 11:57: Monitoring thru the telescope 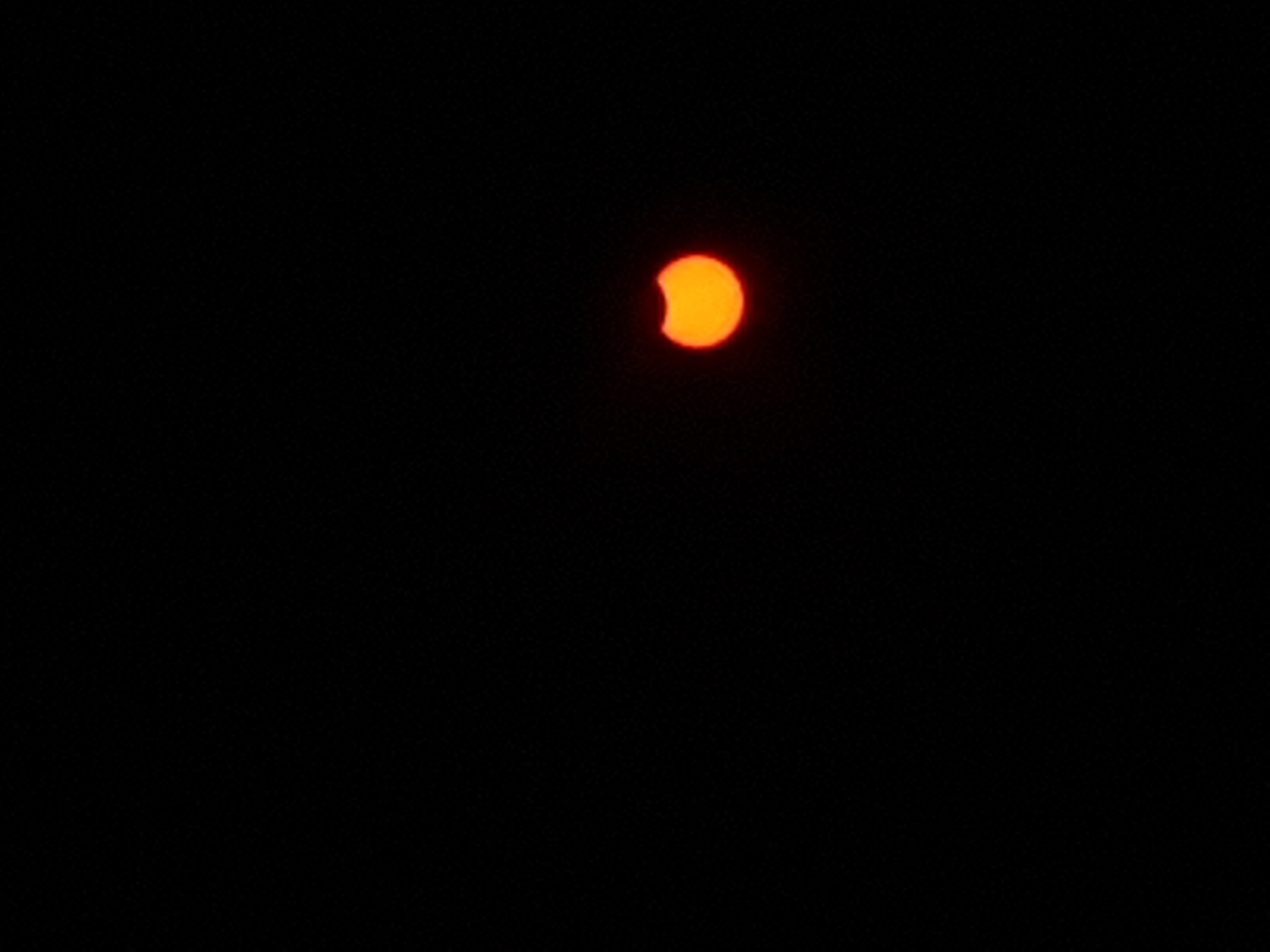 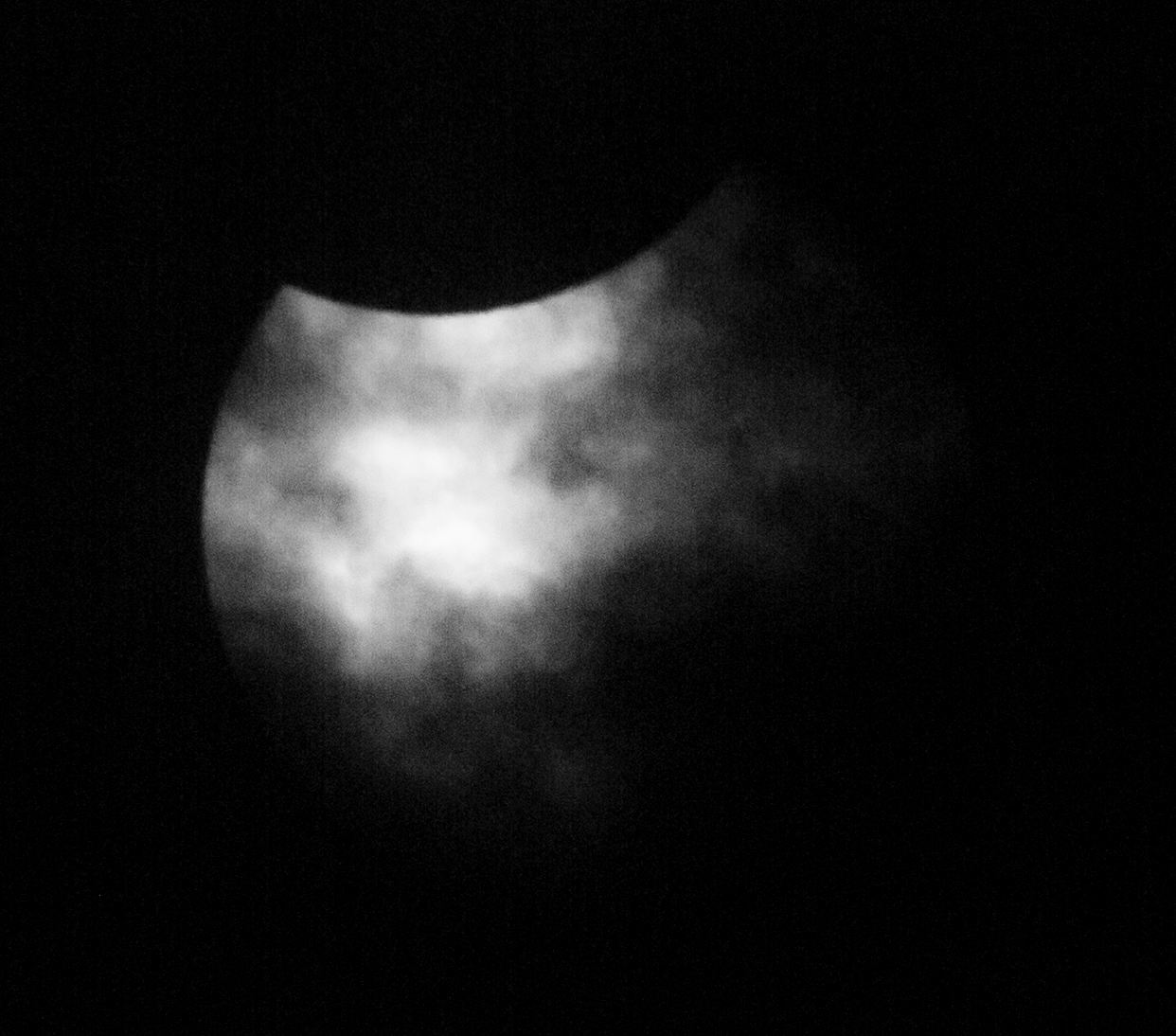 12:27: A cloud just had to block the view during maximum….this is the first usable slide after it. 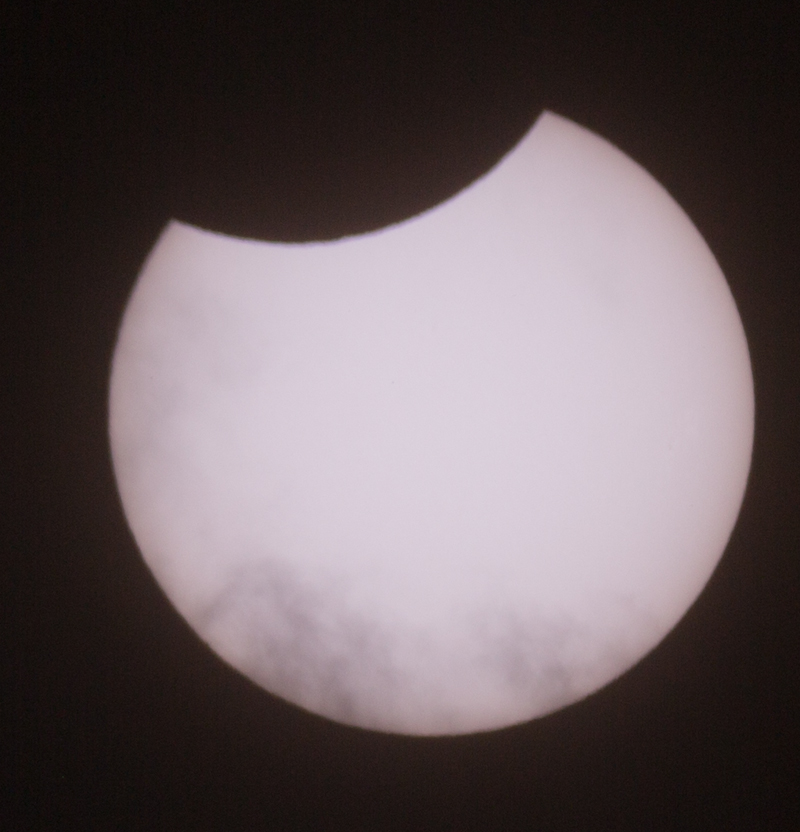 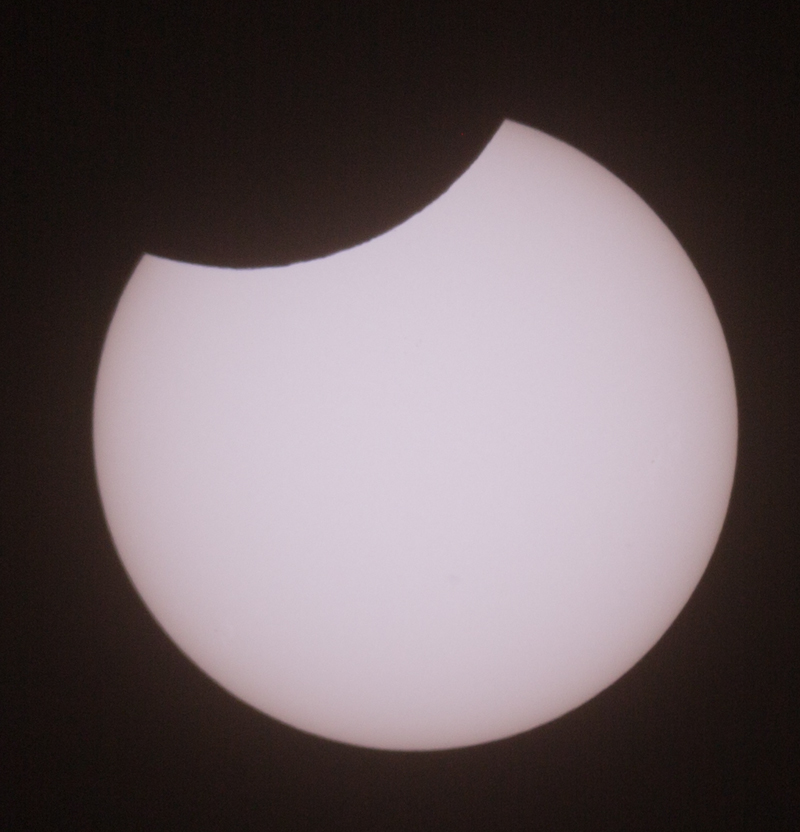 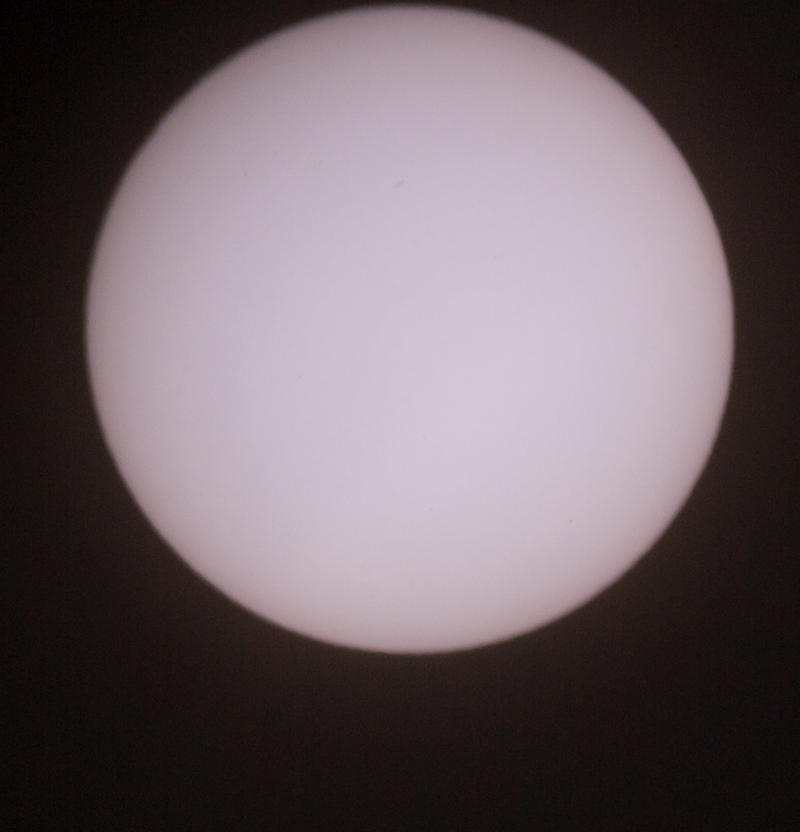 13:26: Last moment, seconds before the event is over. Check the tiny dent top left – bad focus due to heavy equipment pulling focuser out a bit over time